We have all noticed that everywhere we go today, people are staring at their phones. It’s the new normal. Oblivious humans are walking down the street, even crossing the street, staring at their phones. Entire tables of people sitting at restaurants together are all simultaneously staring at their phones. In line at the grocery store, on public transportation, absently sitting with your family and loved ones at the end of the day consumed by social media, even hanging out with friends sharing a glass of wine, someone always has their phone on the table, periodically checking it and responding to text messages and emails. If you are not one of those people, maybe you’re the one that puts your phone away to try to be more present, only to leave you feeling like the sober person at the party, annoyed and alone in a room full of tech-drunk people.

According to the New York Times article, “Hooked on Smartphones,” most people check their phones 150 times a day, which equates to once every six minutes. Imagine you have a friend who gets up to wash her hands every six minutes. You’d tell her she might have an OCD issue, and yet it’s entirely normal to check our phones every six minutes?

We are all dependent on our devices today for the great conveniences they offer. I certainly couldn’t find my way around town anymore without my smartphone’s GPS. I couldn’t even call my friends and family without my smartphone because I have no one’s phone number memorized anymore. This is why we panic when our batteries are low, when we have no charger and why we will be late to anything to drive back home to get our phones if we accidentally left the house without them.

There is a new and psychologically legitimate term for this. It’s called “nomophobia,” no-mobile-phone-phobia, which is defined as “the irrational fear of being without your mobile phone or being unable to use your phone for some reason.” Nearly half of smartphone users today say their devices are something they couldn’t live without, but are we willing to die for them?

Just a few weeks ago, 30-year-old Meenakshi Moorthy and her 29-year-old husband Vishnu Viswanath fell to their death off a cliff in Yosemite taking the kind of dangerous travel selfie they were known for to their 10,000 Instagram followers. They lost their lives for likes. 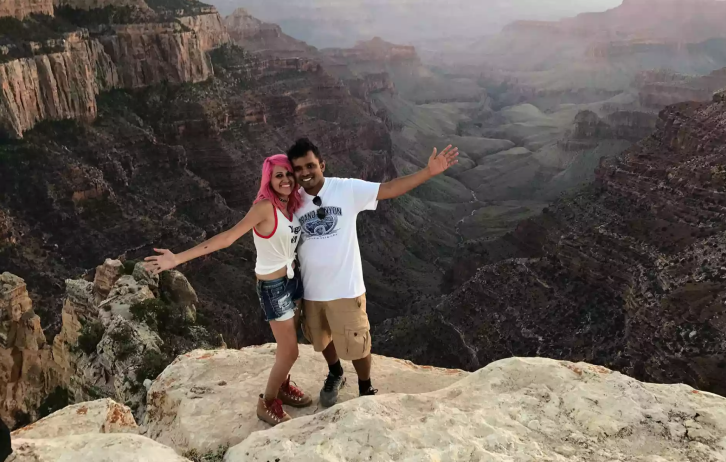 According to The Guardian, who reported on this incident, 259 people worldwide have died taking selfies between 2011 and 2017 – mostly by falling off cliffs or boats, being swept away by a wave standing too close to the ocean, and wild animal attacks. While these incidents are horribly tragic, where is the common sense?

The website TeenSafe reports that texting and driving is much worse. Annually, cell phone use by drivers cause 1.6 million auto crashes, half a million injuries and 6,000 deaths.

Is it worth it?

As a parent concerned about internet safety, too much screen time, and my daughter’s safety when she becomes of driving age, I would have to argue absolutely not.

When it comes to parents moderating our children’s use of their devices, the struggle is real. Check out this YouTube video that went viral. This video shows a father running over his son’s video games with a lawn mower and the young man’s tantrum reaction, reminiscent of an addict without their drugs. It’s unnerving to see this is where we are as a culture. This young man subsequently started his own YouTube Channel of useless family hijinks and arguments that now has nearly 4-million subscribers. Success story?

Our kids today are really the first to have had technology incorporated into their daily lives from childhood, all without us knowing the long-term effects. Well, after 20 years, we are starting to find out.

The American Academy of Pediatrics reports that an average 8 to 10-year old spends eight hours a day on their devices, and teenagers spend over 11 hours a day, making screen time the leading activity for children and teens, other than sleeping.

Research is now confirming this causes many serious problems. According to Dr. Victoria Dunckley’s article in Psychology Today titled, “Screentime is Making Kids Moody, Crazy and Lazy,” gaming specifically releases so much dopamine – the feel-good chemical in the brain – that it actually looks the same as cocaine use in a brain scan. The more of the drug we use, the more our brains require more to keep stimulated. This is addiction.

Too much reliance on their electronics for stimulation make them “wired and tired,” meaning our children are kept in a high arousal, agitated state, but they are exhausted. Socially, children are also gaining more comfort and security from using their devices than they are actually interacting with their peers.

Of course, when children are spending 11 hours a day staring at their devices indoors, they are not getting any physical activity or exposure to nature, which we know restores attention and lowers stress.

All of this is adding up to record mental health diagnoses in children. Kids are being medicated for things like depression, bipolar and ADHD like they’re handing out candy. Dr. Dunckley explains that these kids may have an underlying diagnosis, but the research is finding that the first line of treatment should be to remove the devices. 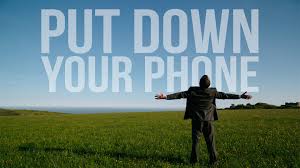 This goes for all of us, not just our kids. If any of this has you rethinking your use of your devices, and that of your kids, I have a solution. I created a Three Day No Tech Challenge, which has been compiled from my research and adapted from existing questionnaires and other no tech challenges out there. The purpose of this challenge is to gain perspective on just how much you and your loved ones are using their devices, how much you are or are not dependent on them, and how they may or may not be negatively affecting your life.

The goal is not to eliminate our devices forever, but to become aware of how they are preventing us from living fully. It’s time to moderate our connectivity in order to cultivate our connection.

Are you up for the challenge? 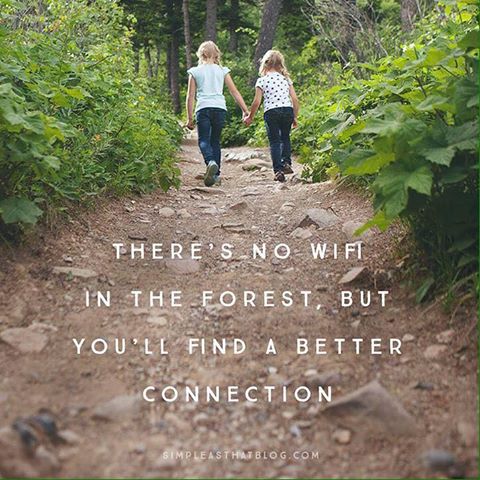 One thought on “Are we hooked on our devices? Are we hooking our kids? Take the No Tech Challenge.”