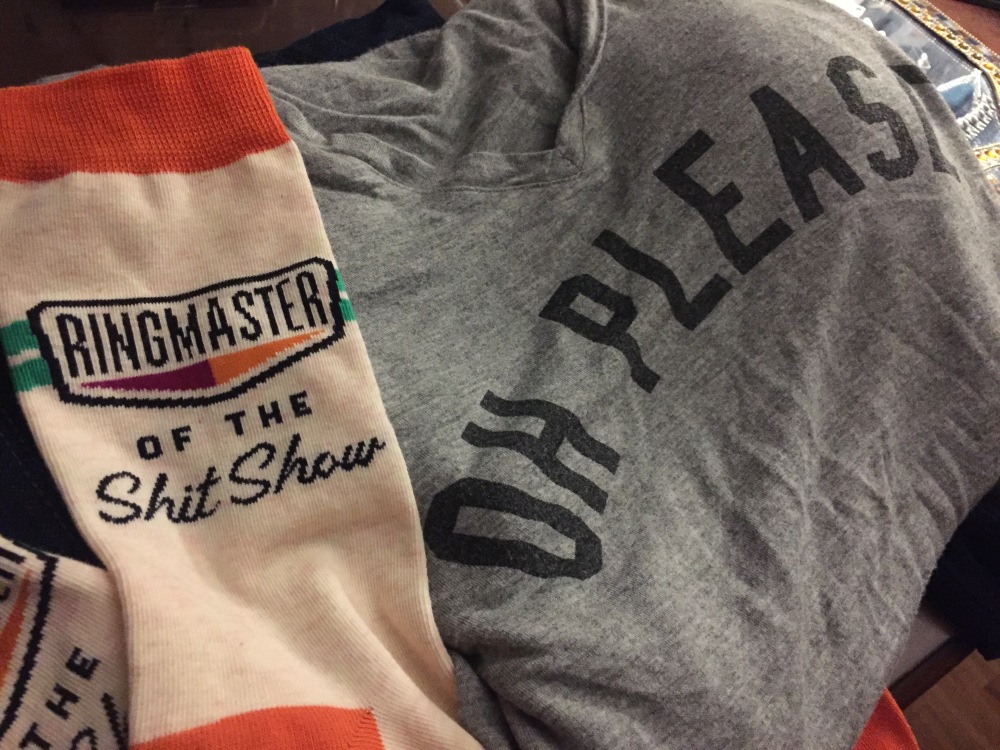 This phrase, said with a false sense of self-importance accompanied by a tinge of complete bullshit, was heard so frequently in every conversation on set that you could make a bumper sticker out of it.

On my most recent shoot in San Diego as a San Diego local, every time I was asked if I “mostly work in LA”, my answer was, “I try to avoid that place as much as possible.”

When someone says to me that they “mostly work in LA,” it tells me everything I need to know about that person’s level of experience – because I have not just “worked in LA,” but all over the goddam globe hiring crew from LA to NYC and London to Shanghai. Saying that you mostly work in LA, especially as you are working a gig in San Diego, tells me one thing only – that you haven’t really worked in LA. Because if you had, you wouldn’t want to, or need to, brag about it.

Yes, LA has bigger jobs with bigger budgets and bigger talent. There is a skillset required to work on those kinds of shows. People on shows that have less room for failure require a higher level of experience that small markets don’t offer. However, if there is anything I can say with more confidence and conviction, it is that just because someone works in LA does not mean that person knows what the fuck they are doing, or deserves your respect. In fact, most people that actually live and work in LA in this business that have any authority are Assholes. Yes. Legitimate. Certifiable. Undeniable. Assholes. And, most likely, inexperienced.

It’s almost like a communicable disease. You could be from the Midwest, come from a normal, caring family and have actually at one time been a good person, but once you move to LA and become exposed to the pathogens of inflated ego, the vials of fluid insecurity, and the lethal doses of being very important and much better than everyone else, you come down with a serious case of Asshole that is only curable by not “mostly working in LA.”

LA is a bubble. There is entertainment production happening in every city in every corner of the world putting out incredible work by incredible people I’d be proud to admit I have worked with. None of this production, though, is being done with quite the same dysfunctionality as LA. The problem is that, because it’s the all-glamorous Los Angeles, people act like they know what they are doing when they don’t. What compounds the problem is that they also do it with a sense of entitlement and condescension. They need to cover up their lack of knowledge by belittling those around them, except those they think they need approval from. And they get away with it because those around them being crushed to tiny pieces of former dignity think they need this asshole to continue to get more work.

Since early in my career, I have experienced this only with that special breed of crew from LA. This San Diego shoot was no exception.

The “Line Producer” on my recent gig (I put that in quotes simply because he was definitely not a real Line Producer) had the LA disease. He was what my super sweet, super hard working, San Diego-based Production Manager would refer to as a “hothouse orchid.” This fragile motherfucker felt no need to be polite, professional or courteous. He felt no need to say please or thank you. He felt no need to formulate full sentences, lift a finger, provide any support or function in any capacity with the production department, for which he was supposed to be the lead of.

He would forward emails with no explanations expecting things I had no information about and then be condescending when he was asked follow-up questions. He would ignore you when he walked in the room as he peed on his territory.

These are the email and text messages I got:

“Text me 2-3 nice places near the hotel for cocktails or beers for the agency right now.”

“Put on a stick and deliver to Dave.” Who the fuck is Dave?

This is the kind of guy that won’t drink anything from your Starbucks run that’s good enough for the rest of the crew. He will only drink coffee from a unique specialty coffee shop that he expects you to pull out of your ass in an instant. He is the kind of guy that will angrily whine that he’s been standing at valet for 10-minutes waiting for your PA to pick him up to drive him 2 miles, when he is the one that didn’t see the PA in the minivan waiting there for him the whole time.

He is the guy that makes sure to include in conversation that he is “friends with the lead singer of Alabama Shakes.” He is the guy that asks you to bring him something, then dismisses it when you get it to him. He is the guy that unexpectedly asks for $1500 in petty cash to go out to dinner with the client, then gets upset that you can’t give him that much.

He is the guy that hired his girlfriend to be the lead talent on the show, where her cell phone gets stolen and now it becomes your problem to call the police and request immediate assistance to go after the guys who stole it, which he then does himself in the middle of the shoot because you weren’t able to get non-emergency police on the phone fast enough, who then pats himself on the back when he comes back with the phone feeling manly that his turquoise jewelry-wearing, baby-man voice-having, swoopy-boy-hair-styling inner child feels redeemed.

There was a time when this asshole would have not just ruined my day, but pierced my core with self-doubt. A time when I would have been at the mercy of this abuse simply because I was afraid my reputation would be at risk if I spoke up. Luckily for me, that time has passed.

I showed up at the shoot on the last day wearing a shirt that had plastered across the front of it, “OH PLEASE,” and a pair of socks that said, “Ringmaster of the Shit Show.” Sometimes it is in these subtle f-you messages that you are able to connect again with your self-respect. Instead of letting him make me feel like a complete fuck up, I decided I didn’t care what this guy thought of me and could give two shits if I ever worked with him or this company paying me again. I began to push back on his bullshit and ignoring his messages. With each push, the true nature of his cluelessness was revealed. He wasn’t even familiar with how a real set is run and the hierarchy of the AD department (Assistant Directors) and how information is relayed. He was a powerless douche.

All of this on a show that was incredibly disorganized from the top down, run by people that appeared to have never done a show like this before, on 5 hours of sleep in 72 hours.

This, my friends, is “mostly working in LA.” Top that off with an industry where even a convicted felon found guilty on 12 counts of sexual assault as a police officer, who is a registered sex offender for life, spent five years in prison and just got out a year ago on good behavior can, unbeknownst to you, end up as crew on your set, and you got yourself a winner of a career.